Starting point of view regarding the design of tunnel and underpass lighting applications...

Renovation of Höhsieper tunnel, located in Hückeswagen, attracted notice with its different lighting requirements. The idea behind the lighting desing is coming from the strong need of a light design that ensure the integrity underpass lighting needs with natural habitat.

This tunnel had been used as a railway underpass for a long time. througout the time, it became a part of a natural life that is a transit point for bats during certain periods of time. The structure of it was implements in 18th century and the used as a railway during 19th century. Later on it was closed at 20th century and became a part of natural life. In 2011, renovation of this structure need arose due to its particular identity of it and strategic location. Considerations for reconstruction of the Höhsieper tunnel in Hückeswagen, Germany were at one with the needs of Nature. The tunnel, originally a railway tunnel, had not been used by people for years. This situation proved to be a boon for some bats who found a new home in the closed tunnel. But a planned reconstruction in the town of Hückeswagen threatened to call a halt to the bat's new-found home. The town was planning a cycle path but it was prohibited to expel the bats out of the tunnel. A solution thus had to be found for both people and animals. 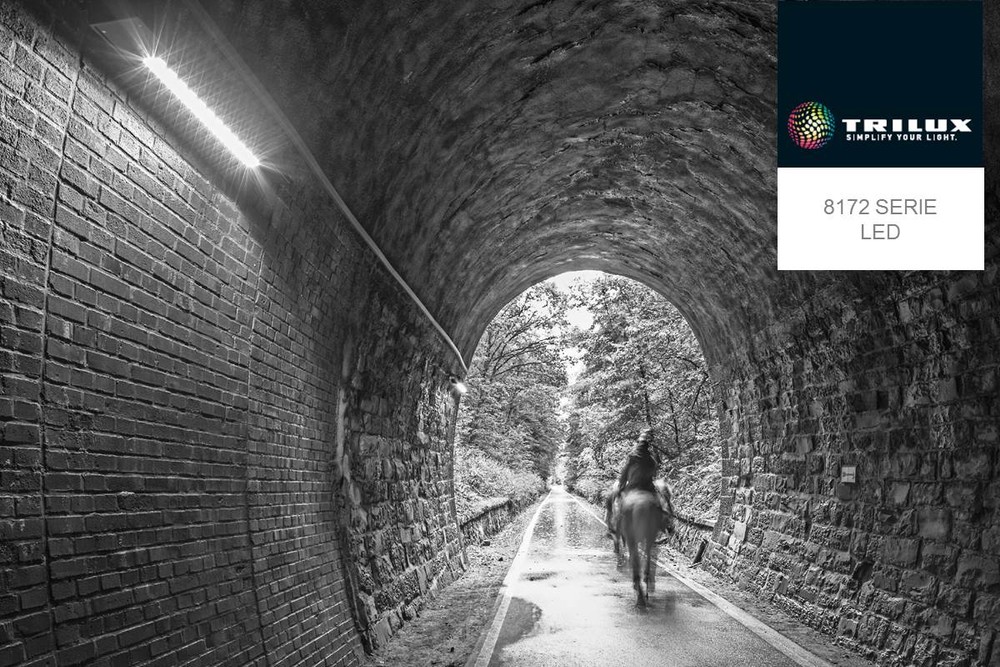 The tunnel with a length of 225 metres was sandblasted and repointed. An inner wall was then constructed at a distance of 1.2 metres to the brickwork. This distance serves the animals as an unlit place for concealment. The cycle path on the other hand is illuminated with 18 wall luminaires fitted with cycle path optics (special manufacture). This configuration of the wall luminaires means that no light can ingress into the bats' area and the cycle path is optimally illuminated to avoid any sources of danger.

The lighting was equipped with a light management system to detect whether people are in the tunnel. If this is not the case, then lighting is dimmed down to 30%. This has several advantages. On the one hand the tunnel is a safe underpass for cyclists and pedestrians as it can always be seen into. And on the other hand the town is also able to cut down on energy costs thanks to the new LED lighting.

Please choose your preferred language.
Switch to English Türkçe Kalsın
We only use cookies to store your preferences and keep statistics about page views. We do not use cookies for any other purpose. Learn more
Accept